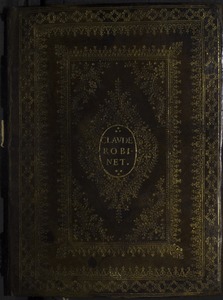 Book of Hours (Use of Bourges)

Issoudin (France) - A medieval book of hours of the use of Bourges, this manuscript is illuminated with six miniature paintings, each above a four-line initial and accompanied by an originally four-sided floral border (now trimmed at the top). The book is associated in later years with Guillaume Claude Robinet, an avocat du roi from Issoudun (Indre), France, and Catherine Tabouet, whose na... more

Book of Hours (Use of Bourges)