Concerning the following attachments: a letter from Tim Dolman of IndyCar to Barry Frank, dated July 10, 1992 regarding domestic and international television coverage of the 1993 through 1995 IndyCar events; correspondence about, and the professional biography of Robert Brand, dated 1992; memorandums dated 1991 regarding college basketball and other university programs; the 1991 Wimbledon budget; a letter from Kirk Hendrix of Pac-10 regarding the sale of television rights for the broadcast of college football and basketball games, dated August 10, 1990; memorandums dated 1990 regarding the British Open Seniors; correspondence from 1989 and 1988 regarding the Ryder Cup, Dunhill Cup, and British Open; a memorandum and summary from Sports, Inc. regarding regional sports networks, dated 1988; and memorandums dated 1986 regarding ABC Golf and Indianapolis 500 foreign television rights. 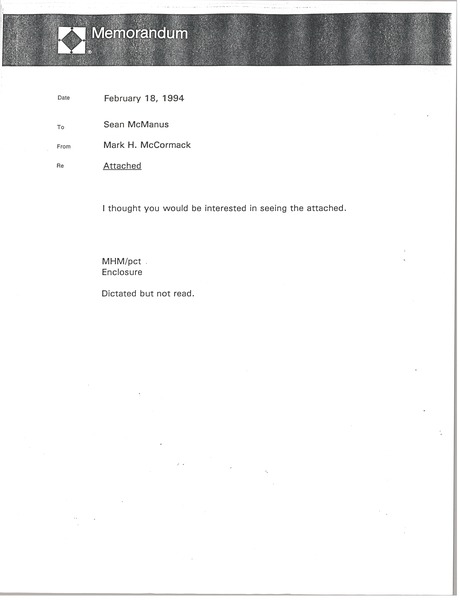